CONSISTENT:
The 14-strong project is said to include performances where the required electricity is generated on stage

The National Theater and Concert Hall (NTCH) is Asia’s only theater organization to join a new EU-funded initiative dedicated to promoting sustainability and environmental protection in theatrical performances.

The Sustainable Theater Alliance for a Green Environmental Shift (STAGES), launched at the Avignon Festival in France on Friday, brings together 14 theatres, including 13 in Europe. It is managed by the Theater Vidy-Lausanne in Switzerland and the Theater de Liege in Belgium.

The project, which is being funded with 2 million euros ($2.02 million) by the EU, is trying to explore ways for theater productions that don’t harm the environment and to change the way people think about sustainability in the cultural put the area into practice, the alliance said. 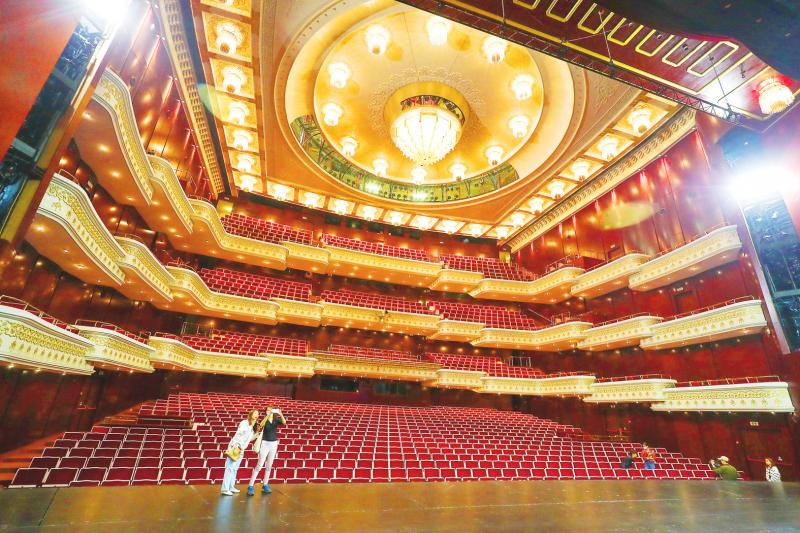 NTCH Deputy Artistic Director Shih Hsin-yuan (施馨媛) said at the launch event that her organization hopes to transform the project into a “sustainable theater” that operates in harmony with society and the environment.

In a press release issued by NTCH yesterday, she was quoted as saying that while the global performing arts industry gradually recovers from the COVID-19 pandemic, her organization will continue to work and strive with its partners worldwide, Asia and Europe connected through cultural exchange.

As part of STAGES, NTCH 2025 would host an annual forum in Taipei to bring together artists, scientists and audiences to engage in dialogue about promoting a sustainable future, the organization said.

In STAGES, the 14 partner theaters would “spend the next four years testing radical solutions to the biggest challenges of the climate crisis,” the alliance said in a press release on Friday.

This includes having each theater conduct a holistic analysis to identify key areas for change related to the building, audience, staff, transportation access, food and services, and work-life balance among staff, it said.

The 14 organizations would each host two shows based on works about the climate crisis, with local cast, local sets and even electricity generated on stage, the alliance said.

The launch of STAGES comes as theaters desperately need new ways to become resilient and inclusive after two years of the global pandemic, it said.

“STAGES has a focus on social and environmental sustainability, which is particularly relevant to theaters in the context of the COVID-19 pandemic, as institutions around the world [European] continent are looking for new ways to be resilient and reconnect with an audience that has weathered immense social challenges,” Serge Rangoni, artistic director and general manager of Theater de Liege, is quoted as saying in Friday’s press release.

Comments are moderated. Keep comments relevant to the article. Comments with abusive and obscene language, personal attacks of any kind or advertising will be removed and the user will be blocked. The final decision is at the discretion of the Taipei Times.