New Delhi, September 21 (IANS): From “Zindagi Na Milegi Dobara” to “Margarita with a Straw”. From Yeh Jawaani Hai Deewani to The Girl in Yellow Boots. Not forgetting her roles in OTT series like Made in Heaven and Sacred Games. What has remained constant throughout actress Kalki Koechlin’s career is her ability to focus on scripts that promise to give her enough room to deliver.

“Choosing a script… Well, I think it’s more in the gut than in the head. Something piques my curiosity. Still, sometimes I agree to keep going because it’s good for the commercial audience or I need the work,” she tells IANS. 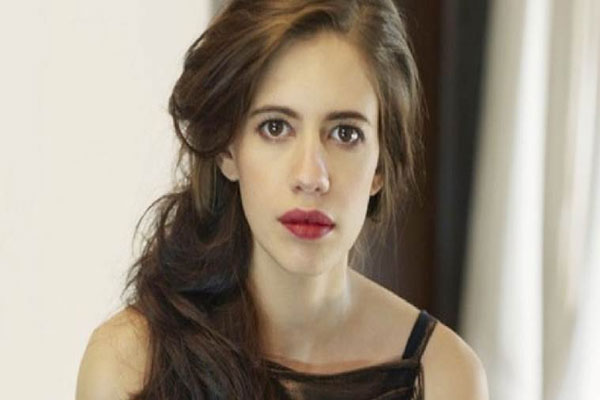 Born in Pondicherry to French parents, Koechlin, who spent a significant part of her childhood in Auroville and studied drama and drama at Goldsmiths University of London, will soon be starring in Pushan Kripalani’s “Goldfish,” which will premiere at the 27th Busan International Film Festival.

The actress stressed that she loved Kripalani’s debut film ‘Threshold’ and has wanted to work with him ever since, adding, “This script was just powerful and deep, there was just no question not to do it. I had to have an English accent: Occam. That was mostly my prep and lots of reading on Zoom as we were surrounded by the second wave of the pandemic. Pushan performed his own camera work, often managing two cameras simultaneously for the length of the entire scene. I loved this process, we could react so honestly and spontaneously.”

Koechlin, who co-wrote the MetroPlus Playwright Award-winning drama Skeleton Woman and made her directorial debut onstage with the tragic comedy Living Room, smiles when asked if she still looks like herself feel like an “outsider”. “I feel like an actor. And there is no room big enough to contain all of our dramatic efforts.”

The National Award-winning actor thinks that while OTT has created plenty of jobs and an opportunity for talent to shine, good content, whether it’s in film or at OTT, is still hard to come by. “If I have one gripe, it’s that there is too much content to read, and as I always insist on reading the whole, not just a synopsis, it can get tiring if the content isn’t great.”

Koechlin, who recently wrote the book The Elephant in the Womb, which explores, among other things, the social stigma of abortion and unmarried pregnancy, the physical consequences of pregnancy, and women’s unrecognized domestic work, may not have any plans to do so any time soon to write another book, but she has certainly learned to deal with comments about her personal life. “Mostly I ignore it. Also, I’ve accepted that as part of the job. If I need privacy, I just turn off my phone.”

She remembers the lockdown days and says they were tough. “And coincidentally I had just given birth to a child. It was a lonely time and the news was so grim that I was afraid to connect with the outside world. The whole time was an emotional drudgery, but writing ‘The Elephant in the Womb’ gave it. I was so thankful that a little part of me was still creative, it gave me some routine for the endless feeling of those days.

The actress, who has just filmed for Kho Gaye Hum Kahan, is now working on the third season of her podcast with the BBC, My Indian Life. “I’m really hungry to do more theatre. I haven’t gotten there yet with the balance between mother and job, but hopefully soon,” she says.