Meet Jerry Dandrige. He is cute, sexy and likes to sleep in late. You may think he’s the perfect neighbor. But before you invite Jerry out for a nightcap, there’s just one thing you should know. Jerry prefers his drinks warm, red and straight from the throat! It’s FRIGHT NIGHT, a horrific howl starring Chris Sarandon as the seductive vampire and William Ragsdale as the desperate teenager struggling to keep Jerry’s deadly fangs out of his throat. Only 17-year-old Charley Brewster (Ragsdale) knows Jerry’s outrageous secret. When Charley can’t get anyone to believe him, he turns to TV horror host Peter Vincent (Roddy McDowall), formerly the films’ “Great Vampire Killer.” Can these mortals save Charley and his lover Amy (Amanda Bearse) from the toothy embrace of the angry bloodsucker? If you love to be scared, FRIGHT NIGHT will… give you the nightmare of your life. 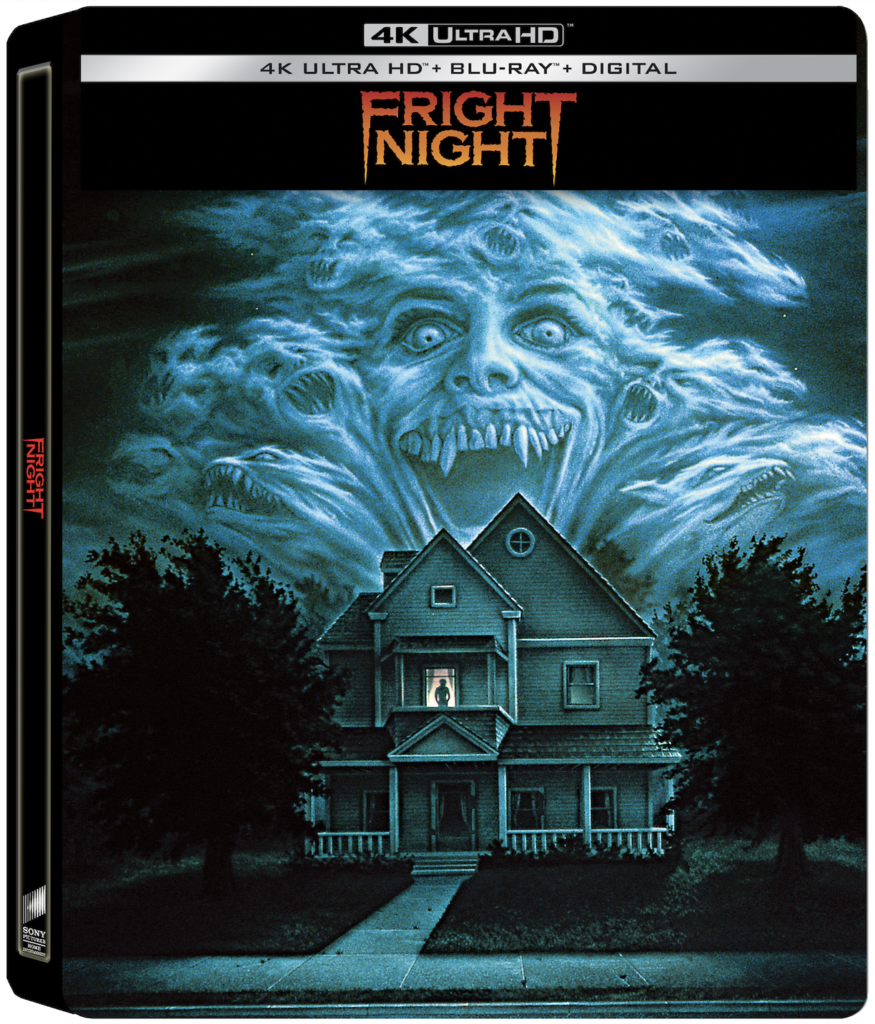